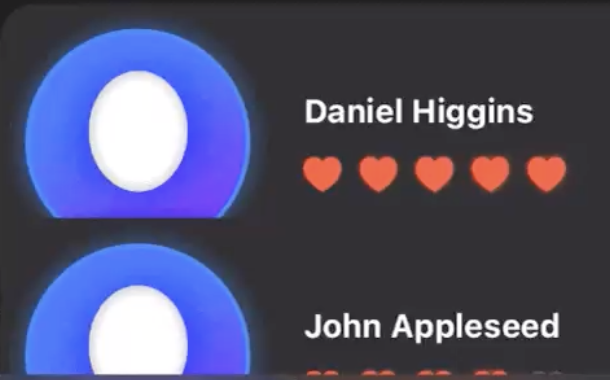 While SwiftUI is still being cooked hot, it’s already really useful and can replace many parts of your app. And with UIHostingController, it can easily be mixed with existing UIKit code. With iOS 14, the SwiftUI team at Apple added keyboard avoidance logic to the hosting controller, which can result in pretty ugly scrolling behavior.

When Keyboard Avoidance Is Unwanted

I can’t bring myself to release this horribly buggy experience to users (thanks SwiftUI).

My faith that Apple fixes this is low and I’m feeling really let down that these keyboard-avoidance issues weren’t fixed in Beta.

This is a big lesson learned for me. pic.twitter.com/fpTLwKOrQu

While it seems that there are some weird workarounds if you use iOS 14.2, this seems unreliable, and folks still need a solution for iOS 14.0.

While I’ve not been directly affected by this issue, I was curious and tried to fix it a while back. My first attempt was adding .ignoresSafeArea(.keyboard) to the SwiftUI view, but this doesn’t seem to change anything.

When the official ways don’t work, there’s always the runtime, so I’ve been inspecting the view controller’s methods and looking for something to poke at. As the class is written in Swift, there’s very little that’s exposed to the Objective-C runtime — only methods that are overridden from UIViewController or exposed with @objc will show up here. I could potentially use a Swift mirror to see the remaining functions, but changing them is difficult. There was nothing interesting, so I reported a r̶a̶d̶a̶r̶ Feedback2 and that was it.

A few days later, I was reading Samuel Défago’s brilliant blog post about how he wrapped UICollectionView for Swift. In part 3, he presents a fix to an issue with safeAreaInsets in UIHostingController. This is done by modifying the view class. It motivated me to take a closer look at the view — maybe Apple was hiding the keyboard avoidance logic there?

UIHostingView looks very interesting indeed.3 Based on the design, it seems that at some point, Apple considered giving us both the hosting controller and the hosting view, but then opted for just the controller — it wouldn’t make sense to pack all that logic into the view if the controller was always planned.

Looking at the output, I see there are quite a few Swift methods that have been exposed to the Objective-C runtime. keyboardWillShowWithNotification: and keyboardWillHideWithNotification: look exactly like candidates to tweak. We’re really lucky here that the SwiftUI engineers didn’t use the block-based NSNotification API4, but instead used the target/selector approach — which not only needs @objc annotations to work, but also opens the door for our shenanigans.

We want to replace the implementation of keyboardWillShowWithNotification: with an empty one. The classic solution here would be swizzling, but that would modify all instances of UIHostingController, and we don’t know if the view class is used somewhere else. It might work, but it seems risky.

A better strategy is to modify only instances we control, and we can do that via dynamic subclassing. It’s my favorite way to modify behavior on a per-object basis. In fact, I wrote an entire Swift library called InterposeKit to make this easy:

Dynamic subclassing isn’t very tricky, but the challenge is to write it in a way where it fails gracefully if the private API we modify is changed. InterposeKit adds a lot of error handling next to a convenient API so that you make fewer mistakes and have a more stable app. It’ll throw an error if the selection no longer exists or has a different type than the one you expect.

We can achieve something similar using built-in methods:

See my gist for a version that also removes safeAreaInsets. Who would’ve thought that runtime trickery is still useful in SwiftUI times?

If this is useful to you, ping @steipete on Twitter!

While working on our PDF Viewer update for Big Sur and switching to the new Catalyst Mac Interface Idiom, I was greeted with a new exception coming directly from UIKit: 1 2 3 4 5 6 [General] UIS...

The excitement around Apple’s new M1 chip is everywhere. I bought a MacBook Air 16 GB M1 to see how viable it is as a main development machine — here’s an early report after a week of testing. Xco...